On Sundays, (sometimes if i feel like it) we take a break from looking at horrible "art" and look at sumtin pretty.


I love this song.  Straight up.  If you click the video it'll take you to the youtube page and give you the english lyrics which are really beautiful.
Posted by Saint Kitsch at 7:03 AM No comments: 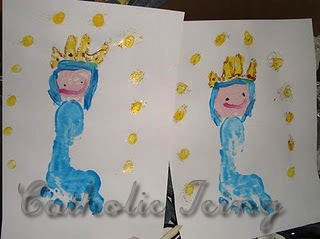 I'm sorry, Catholic Icing.  You may be one of the best sites out there, and God knows my family's used some of your ideas for sunday school/bible camp stuff...but this is just...*sigh* ok let's walk (HA.) through it.
You know those handprint turkeys?  Pagan.  Make a FOOT MARY.
She looks more like The Queen of the Llamas to me now.
Posted by Saint Kitsch at 7:20 AM No comments:

If I didn't already believe in God and love Jesus...this would push me over the brink into atheism.
Like.  This needs to have reparation made for it, it's so bad.  WHY DOES THE SHEEP HAVE A HUMAN NOSE?  WHY DOES JESUS LOOK LIKE AN AFRICAN AMERICAN ALBINO?  WHY IS HIS HAND 5 TIMES AS BIG AS IT SHOULD BE?
Posted by Saint Kitsch at 7:24 AM No comments:

The thing about paintings on velvet is that the person can usually not draw worth a darn.  But that's what we're looking for, am I right?! Please note it appears as though Mary's head has been pinched by some large unseen force called "Bad Artist"
Posted by Saint Kitsch at 7:20 AM No comments:

This story was submitted by "cecily edwards", whose name (until about 5 seconds ago when I typed it) I thought was "Cellie" i.e.

Ms. Celie from the colour purple.  So I'm pretty sure I read this in a slave accent in my head the first time.  Anyway:

"Yesterday, at our Salvation Army store, my son Patrick (who is four)
found what he thought was the most wonderful thing ever. Note: he's
four. And very much into angels right now. We're Orthodox, I try to
steer him away from Western religious depictions, but as you know,
they're EVERYWHERE.
This thing had to be seen to be believed. I wish I had shot video.
It's that ubiquitous angel/children/bridge scene, but the lit-up
"rays" coming out from the center of the picture are indeed lit up,
and change colors. The edge has rotating colors. It was...
unbelievable. I took a picture just to have proof this thing existed.
I think there's a light and disk with a painted spiral behind, which
gives the color-changing/rotating effect.
The best part of this - when we went back this morning, to show this
laughable monstrosity to my husband (because the picture just doesn't
do it justice), it was GONE. Someone actually bought it. And
apparently Patrick liked it SO very much that now he is very, very sad
at its absence. He keeps coming to me with the saddest expression and
asking why his angel is gone, and I absolutely cannot laugh, becaause that would be heartless. I've been assuring him that it has a very nice home now.
And trying not to picture the interior decorating of that home."

Well, i imagine, ms. cellie, they also have something like this.
Posted by Saint Kitsch at 7:10 AM No comments:

WOOOO!!  Let's get back to what we do best together, yes?

Posted by Saint Kitsch at 7:02 AM No comments:

Labels: I'm back, Sin of Pride

Hey kids, ima take a little bit of a break I think.  Life is getting a bit much at the moment with work, school planning coming up, losing Percy, vocation discernment just basoihjaosiaosigjiasjdpoiajpiogjapsdkipag this blog is going to take an official break.  I'll begin my regular posting once again July 28th, by then I should be in a bit better condition and can post with regularity again.  So sorry, thanks y'all, see you soon!

Posted by Saint Kitsch at 12:19 PM No comments:

I sometimes wonder if the people in china that make these 5.99 statues that you can buy in bulk wonder what they're making at their slave labour compounds   factories.  I mean, clearly its an american but why are there baby heads with wings?  Who is this lady that's always folding her arms and why does she look like she's been given a triple dose of Valium?
Posted by Saint Kitsch at 7:59 AM No comments:

Another edition to the creepy Jesus statue collection.  I think it would have been fine if it were not for A) the dead look on their faces, B) The two girls off to the side (?? seriously, so its like a set of 4 or 5 statues?) and C) The infant that has fallen down and is about to get a boot to the face from Our Lord...
Posted by Saint Kitsch at 7:55 AM No comments:

deliver us from evil 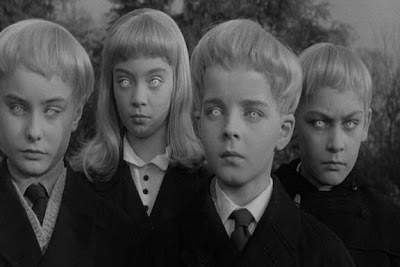 OH GOD.  WHERE IS MY SAINT MICHAEL CHAPLET...WHERE IS MY BLESSED CRUCIFIX AND LATIN MISSAL....I'LL WASH AND WASH BUT NEVER BE CLEAN AGAIN
Posted by Saint Kitsch at 7:49 AM No comments:

Embroidered Roses Are a Nice Touch

Even baby Jesus is not impressed with being in this God Awful statue.
It reminds me of watching an old episode of the simpson's before the artists decided how to draw them...
And once again the artist followed my motto: If you can put glitter on it, put glitter on it.  He, however, also decided to eat some of the paste he used on the statue before painting the faces.
Posted by Saint Kitsch at 6:15 PM No comments:

Move over "Morning Has Broken" !  GET OUT OF THE WAY "GATHER US IN!"  We have, officially, the WORST song that has ever been sung to the good God.

Labels: Music, Protestants, The most horrible thing ever

Adventures in Missing the Point 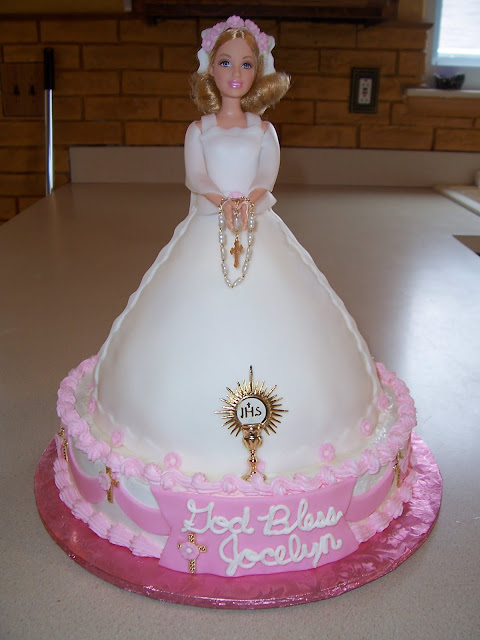 A good idea made skanky by Barbie.  As usual.
Posted by Saint Kitsch at 8:52 AM No comments:

I dont think words could add anything